The Sykes – Picot Agreement of 1916, shaped the Middle East as we have known it so far. The colonial partition between Great Britain and France, with the initial participation of the Russian Empire who finally fell out of the equation when the Tsarist regime fell under the Bolshevik revolution.

The split would ultimately overthrow the Arab nationalist ideals that involved such groups’ support against the Ottomans during the First World War, as the pledge of support included, giving them territories in the Middle East (with ambiguity as to the Jerusalem’s Sanjak and Regions of Historical Palestine) as well as in the Arabian Peninsula (excluding Aden). This led, during the Franco – British administration, instead of a great nation, to the revolts, to grant independence to territories by manufacturing new national identities based on regions with artificial borders, thus the Syrian, Iraqi, Lebanese, Transjordan, among others, came up as an identity fabrication among the groups that inhabited those areas.

A fundamental problem with these arbitrary divisions, established by colonial interests themselves, was the heterogeneous demographic composition of the regions, which involved tribes and villages with deep religious differences, ruled by minority, dictatorial leaders, protected by a strong military arm.

A Sunni-ruled Shiite majority or vice versa is not a minor element inside the conflict. For example, during Saddam Hussein’s 1991 term, Shiite groups revolted against him. Another example was the Assad government since the 1970s in Syria, which, while guaranteeing the freedoms of social groups in their country without distinction of religion, is known to be an Alawite government, empowered in a Territory of Sunni majority, that has generated distrust and hard hand by the rulers of turn, like the repression to the “Muslim Brothers” (Sunnis) in 1982.

It is necessary to differentiate between the interests of the groups that are involved. The world powers’ reasons for keeping watch over that region is due to the idea of controlling the pivot zones in the Middle East. Hence the alliances existing since the post-colonial period, during the bipolar world and nowadays a world with three main axes of power; United States, Russia and China. The last one with greater positioning in its natural region: Asia and opening a gap in African regions little explored by hegemonic powers in the last century, while the other two focused on the Euro-Asian regions of world control.

Besides, there is an ideological conflict between regional powers, accentuated by the 1979 Islamic Revolution in Iran, and where the old quarrels between Shiites and Sunnis were reactivated, mainly against Saudi Arabia.

The third important element that plays in the regional conflict, are the strategic resources. For the hegemonic countries, they represent a goal for industry and the economy, for the regional powers, a tool to buy the will among powerful countries. In addition, for some power groups, the business of strategic resources enables them to continue to sponsor guerrilla wars as far as possible from their borders in “neutral” regions such as Syria, Iraq and Yemen.

The focus should not be solely on strategic resources. Analysis from a materialist perspective leaves aside an important number of elements that also play an essential role in the region, both geostrategic control, ideological differences and competition for strategic resources are all equally essential for understanding the deep roots of conflict.

Syria today, denotes the breakdown of the artificial order imposed in 1916. A country that has also been a focus of attention from the involvement of hegemonic powers and where, the current chaos could generate the creation of at least three independent regions fighting for their Own independence. It is possible, therefore, that an independent Kurdish state emerge in Syria in the Northeast; With significant oil fields, a Shia – Alawite region also leading other non – Islamic religious minorities in the country ‘s western regions and a Sunni region with access to the Mediterranean Sea. Although, the latter would be defined as bloody clashes of Sunni, Islamist and Pro Assad factions.

This is only the analysis of the Syrian conflict and possible future scenarios. The case of Iraq is similar, the importance of its rupture and the involvement of hegemonic power groups, both regional and global indicate the inscrutable possibility of a new geographic rearrangement of these states, as well as a power struggle to gain control of Important areas.

Once again, ethnic – religious and strategic realities (by resources and territories) will set the tone for the new definition of border boundaries and powers that arise in Iraq. The hand of hegemonic leaders, mainly the United States and Russia, will mark the way for a new version of the agreement in 1916, perhaps more in line with the reality “in situ”, which will mean a population purge that could lead to further spills of blood in the area. 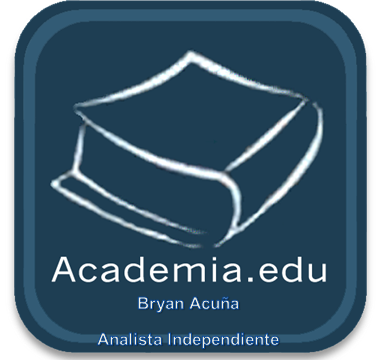